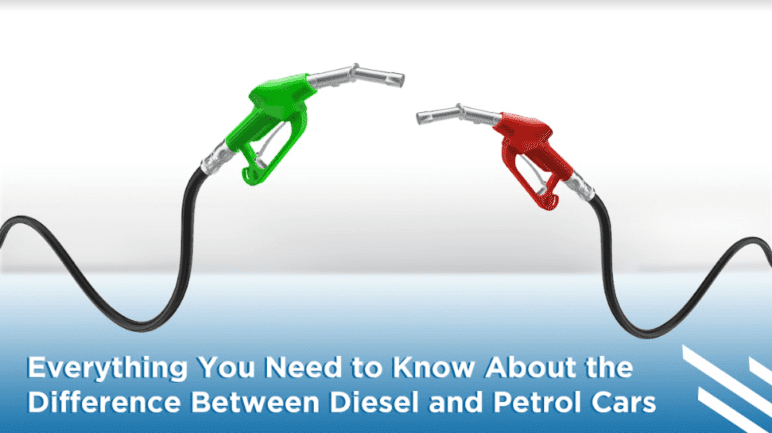 Besides the obvious price difference between petrol and diesel and the baseball hat-wearing redneck reclining on a pickup truck stereotype we’ve grown so accustomed to when we hear the word diesel or diesel car, what else do you know about the differences between diesel and petrol? Which is the better option for UAE roads (or dunes) currently? This blog reveals everything there is to know about diesel and petrol fuels and cars. This is your ultimate guide to diesel v petrol.

Contrary to popular belief, diesel cars come in all shapes and sizes, ranging from sedans and even sports cars. Although these vehicles have noisier engines, they make up for that in their daily fuel consumption, which is far more efficient than petrol cars that greedily guzzle that so very expensive petrol.

Generally, diesel cars cost more than petrol cars, by how much depends on the car make and manufacturer. The one-time high purchase price of a diesel car is made up for by the relatively lower servicing prices that diesel cars incur.
It would be wise to compare the fuel savings you will be making with a diesel car and compare that with how much you are paying for that car before investing in a new diesel car. If you will be keeping the car for a little while, then you might not see the day where your savings in fuel make up for the car’s initial price.

Diesel cars are well known for their high torque capabilities, which means they are well equipped to haul heavy loads as well as powerfully trek through steep hills while burning less fuel. On the other hand, petrol cars are known to be much racier but at the expense of more fuel.

Technical Differences Between Diesel and Petrol Engines Made Easy

Revs or revolutions refer to how fast the crankshaft of a car (engine component) makes a rotation and how quickly the engine’s cylinders go up and down. Diesel engines are known to rev less often for little fuel and deliver significant results, while petrol engines rev faster at the cost of more energy and deliver (in theory at least) high speeds more quickly.

Diesel engines are known to produce more particulate emissions. Particulates are both liquid and solid substances that result from car exhaust gases. Particulates are known to contribute to acid rain and global warming. Modern diesel vehicles are fitted with filters to help reduce the distribution of particulate matter into the environment. On the other hand, petrol cars emit more carbon dioxide emissions than their diesel counterparts. This once again contributes to global warming and increases instances of drought. Whereas Diesel vehicles are known to emit more nitrogen dioxide than petrol cars which can be harmful to humans. It is worth mentioning that with some diesel vehicles, products can be bought and applied that help converts nitrogen emissions into harmless emissions.

Our Final Verdict: Diesel vs Petrol in the UAE

Initially, diesel engines were used for tractors and trucks designed to haul heavy equipment. Making the main advantage of a diesel engine its ability to haul heavy objects for less fuel. Furthermore, diesel was cheaper than petrol in the past. However, in current times and with the current state of world affairs, gasoline prices continue to rise. The difference between diesel and gasoline prices in UAE as of June is now little (with diesel being a little more expensive), according to Khaleej Times. It is unknown how long this price difference will last, but it will take some time for a diesel car buyer to start benefiting from filling their tank less frequently after paying a marginally higher price to buy a diesel car.

If you are considering swapping your gasoline car for a diesel one or the opposite, then Sell Your Motors can help.

Sell Your Motors can help you sell your car quickly, saving time and giving you a fair price for your vehicle.

Our process is simple: 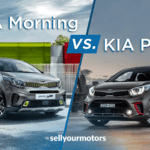 The Difference Between the KIA Picanto and the KIA Morning 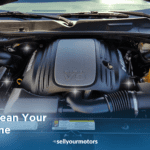 How to Clean Your Car Engine 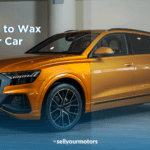 How to Wax Your Car 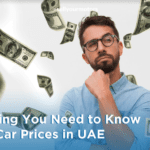 Car Price in UAE: Everything You Need to Know
Posted in buying carsTagged Sell Your Motors, selling cars, Technical Information